When the mechanic's heart beats faster! 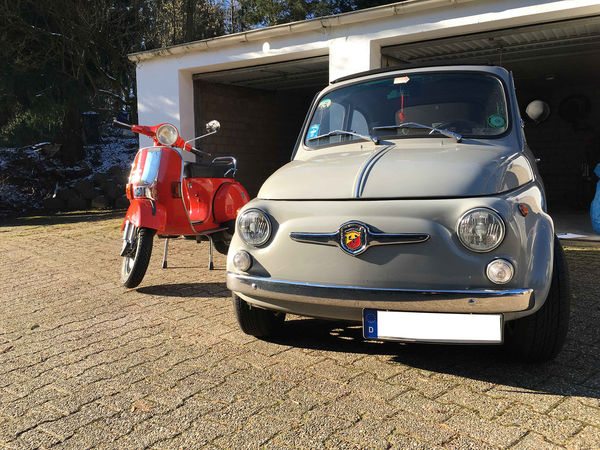 Allow us to introduce to you “Mulli”, a highly skilled mechanic, with a passion for the Italian Automotive Industry. His work in prototype construction for Wera requires incredible craftsmanship and improvisation.

Mulli has been an avid fan for over thirty years and has utilized his passion and experience to restore automotive classics, even producing spare parts for all sorts of classic vehicles.

From 1957 to 1975, Fiat manufactured over 4 million Fiat 500s. Measuring only 2.97 meters long (9 feet 9 inches), the 500 redefined the term “city car”. Despite its diminutive size, the 500 proved to be an enormously practical and popular vehicle throughout Europe. Sadly, being that there is no true beauty without decay, very few of these classic automobiles have survived the passage of time.

When he bought his Fiat 500 in the beginning of the 90s, he decided to rebuild and restore it from scratch. Originally sporting a two-cylinder engine, at 479 cc (500cc nominal), hence its name, the 500 sported only 13 Horse power. Mulli has tuned the engine, giving it a roaring 32 Horse power! With a kerb weight of less than 500Kg, this engine now really packs a punch! Almost the same power as the BMW 1600 back in its hay day!

Not stopping there, Mulli added new disc brakes to the front wheels, (considerably improving the 500’s braking) a self-made sports exhaust pipe, heated seats, a self-made center console (with radio and speakers) AND newly designed hubcaps (Mulli did not like the originals, so he simply made some new ones).  Essentially, improvements and newly constructed features can be found in virtually every nook and cranny on the 500s pint-sized frame.

“I didn’t like the original hub caps, so I simply made some based on these.”

Hidden in the back of Mulli’s garage another automotive treasure, The Vespa PX 125.

This Vespa, which was built in 1981. It gathered dust for almost 10 years before Mulli got his talented hands on it. As you can see the fully restored Vespa PX 125 looks as good as new. Like his Fiat 500, this Vespa is also registered an in use. Mulli proudly told us that “Pure exhibition vehicles are just not restored here.”

But hold on, we are not finished yet! Looking deeper into this treasure trove of a garage, more Italian classics can be found! A beautiful white Vespa PX 200,  a Vespa PX80 and a Vespa 90ss.

“For now this one will remain as my rat, for me that’s it, talking about its appearance.”

Mulli tells us that he saved the PX80 from a scrap pile. After one and a half years of hard graft, reconditioning the engine, the transmission, and restoring the entire body of the vehicle. Mulli’s devotion and passion clearly shows.

“When I found this Vespa, it was in such a bad shape that everyone else had given up on it and wasn`t even interested into the challenge of giving it a new life again.”

Last but not least, Mulli proudly showed us his Vespa 90ss, which was given to him by a former work colleague back in the 1990s.

I’m sure you will agree, Mulli is an enthusiastic rebel, seeing potential in things that most people would not. His devotion to go that extra mile, keeping gems from bygone eras on our roads today is what sets him well above the majority. Where most would have just seen a pile of rust, Mulli saw potential and with the sweat from his own brow, he lovingly reincarnated these Italian classics for us all to enjoy . We hope his passion inspires you as it did us.

Due to your browser settings, you were forwarded to the language "EN".
You can change it at any time with